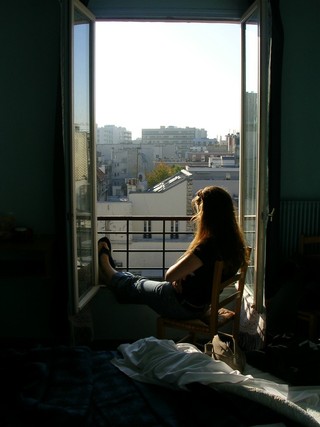 "I spend most of my time looking out the window. (I recommend it.)"
...Joyce Carol Oates

"In public, we become public figures. But in private, we 'become' the individuals we are."
...Joyce Carol Oates

Zu writes for both children and adults. A freelance writer, editor and writing instructor, she holds an MFA in Writing from Vermont College of Fine Arts, where she was awarded Harcourt's post-graduate semester in 2006.

In addition to holding many school visits and workshops around the country, she is a founding member of WordSpring Creative Writing Conference in Northern California, now in its eighth year.

Along with her novel The Lucky Place, her non-fiction books include Catherine the Great: Empress of Russia, and Stranger in His Own Land: A Japanese American in World War II.

A former Senior Editor at the art and travel magazine Expressions, Zu has developed poems, scripts, a long running, popular series of short stories, a play and numerous features articles and photos for various newspapers and magazines, having written for ALAN Review, Yoga Journal, Flyfishing, Fine Homebuilding, Harper's, Ladies Circle, Country Living and The National Inquirer, among others. Her essay "Long Road Home" is upcoming from Fulcrum Press.

Today, her six panel kiosk guides visitors through Trona Pinnacles National Monument, one of Hollywood’s favorite filmscapes. You can read her articles on the craft of writing at her popular group blog Through the Tollbooth. 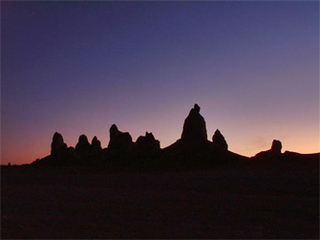 Scenes from the movies Holes, Star Trek, Planet of the Apes and countless others are filmed at the Pinnacles
Loading…}